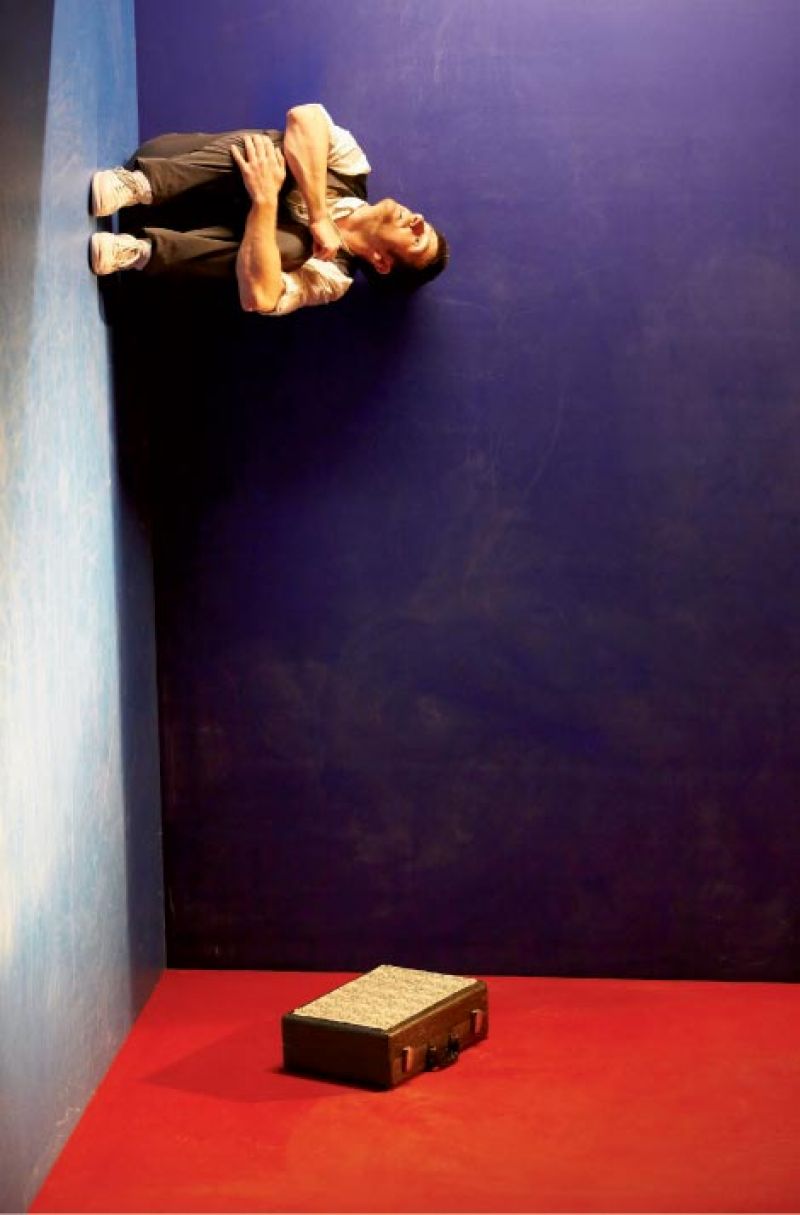 On the heels of Oscar-swooping film The Artist, Spoleto offers the silent gem Leo—a one-man show with mind-bending charm—reconfirming that wordless theater has much to say to contemporary audiences. Created and performed by Tobias Wegner of Germany’s Circle of Eleven Theatre Company, the show takes Fred Astaire’s dancing-on-the-ceiling trick to new heights with its combination of theater, dance, and circus arts sprinkled with humor.

This is how it works: the stage is divided in two halves: one side a screen and the other a small room that Wegner inhabits for the hour-long show. A projector tilted 90 degrees replays the live performance, creating a gravity-defying mirror effect. This “opens a whole new movement vocabulary to the character of Leo, because now it seems like gravity pulls to the side and many funny and incredible things start to happen,” says Wegner. And the simple shift in perspective has been delighting audiences worldwide.

While the acrobatics-trained artist claims physical theater greats such as Buster Keaton and Charlie Chaplin as influences, he also credits the circus. “A very strong general influence to my creative style comes from the contemporary circus movement that started in France some 25 years ago,” he explains. “That has given birth to so many touching works, often with a wordless approach but hitting you as a spectator just at the right spot!”

During the show (directed by Daniel Briere and choreographed by modern dancer Juan Kruz Diaz de Garaio Esnaola), Wegner incorporates his many talents—from acting and dancing to drawing and playing the saxophone. “So by the end of the night,” he says, “it has been like a little journey through the arts that feels quite fulfilling to me. If the public has a great time, too, I am the happiest man in town!”