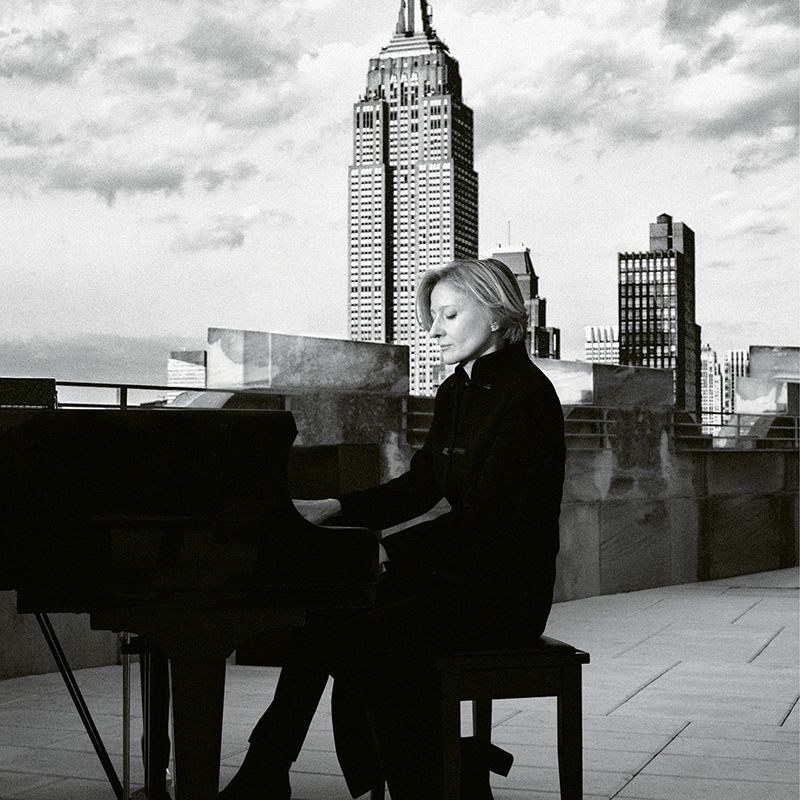 In 2017, Nicky Holland filmed the music video for her song “New York Inside My Head” on Sony’s New York City rooftop. Check out a French television interview with the artist from 1992 (not to worry, she answers questions in English).

British songwriter, singer, and pianist Nicky Holland broke into the Britpop scene in the 1980s with an atmospheric compositional style that positioned her as a post-disco darling. She commanded the keys and sang background vocals during Tears for Fears’ 1985 global tour and cowrote songs for its album The Seeds of Love. She served as musical director for Fun Boy Three, collaborated with artists from Cyndi Lauper to Tina Turner, and worked on scores for movies such as She’s Having a Baby. In the ’90s, Holland made strides as a solo artist before turning her focus to raising two children. Now, she’s settled on Sullivan’s Island with her husband, Peter Koepke, and last summer, Legacy Recordings released Nobody’s Girl, featuring 13 songs selected primarily from her solo albums.

CM: What’s a song you’re especially pleased about sharing on Nobody’s Girl?
NH:
I love the remix of “On the Stairs,” which I wrote when I first moved to New York City from London in 1988. It’s about living in an apartment building, surrounded by people, but knowing no one.

CM: Can you talk about past creative collaborations?
NH:
I think one of my most meaningful and rewarding collaborations was with Roland Orzabal of Tears for Fears on The Seeds of Love. Writing a body of work with another artist is unusual because you transcend the hit-oriented approach and become co-creators of something more artistic.

CM: In 1983, you arranged Gershwin’s “Summertime” for Fun Boy Three. Since the song has roots in Charleston, do you think about it differently today?
NH:
It resonates with me in a whole new way now that I’ve experienced the “easy living” and watched fish actually jump!

CM: What appeals to you about Sullivan’s Island?
NH:
I love the combination of history, nature, and the eclectic group of people I’ve come to know. I planned my kitchen to accommodate multiple cooks, so friends and family can create feasts with me. A house near the beach is a magnet for those in need of R&R, and I love when it’s full of life.

CM: What’s your project with Nashville indie-pop artist Rebecca Roubion?
NH:
Under the name “Clementine,” Rebecca and I have written, produced, and performed songs together that we hope to release by the end of this year.

Discography: Nicky Holland (1991); Sense and Sensuality (1997); “I Just Don’t Know What To Do With Myself,” from the My Best Friend’s Wedding soundtrack (1997); and Nobody’s Girl (2017)
Wrote songs for: Oleta Adams, Lloyd Cole, Celine Dion, Cyndi Lauper, Tears for Fears, Tina Turner, and many more
Collaborated with: Songwriters including Hal David, Roland Orzabal, and Andy Partridge
Favorite Charleston Musicians: “I met Ben Bridwell from Band of Horses on a mutual friend’s porch; what a voice! And I love the authentic sound of Shovels & Rope.” 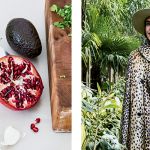 With a hot cookbook and hit podcast, plant-based foods champion, Jessica Murnane, has found a recipe for many-parts goodness 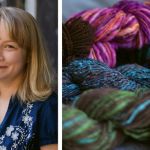 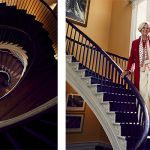 With an eye toward the future as much as the past, Historic Charleston Foundation’s outgoing CEO, Katharine “Kitty” Robinson, has redefined preservation for our centuries-old city