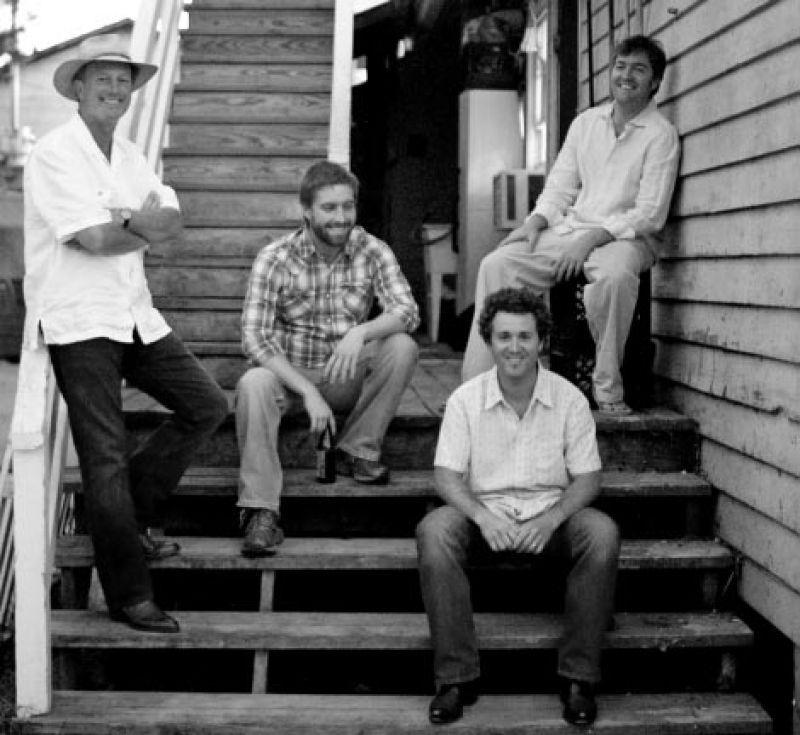 Typically a unit of mass or weight, a bushel is relative to the standard measurement of a commodity—a bushel of barley may not equal a bushel of oysters.

In much the same way, trying to define The Bushels as a band depends on how much weight you assign their influences: bluegrass, country, soul, rock, and jazz. “We get tagged as a bluegrass band due to the instruments,” says mandolin playing singer Mal Jones, “but we’re really an acoustic rock band with a dynamic feel that lets us go into different areas.”

In 2010, the group released Wood & Steel—a seven-song studio collaboration between Jones, brothers Jim (guitar) and Whitt Algar (double bass), and banjoist Guilds Hollowell. It was the follow-up to their 2009 EP, Blacktree, which includes “Sweet T.” A hard-charging, Appalachian-style number, it’s featured on the Music to Your Mouth website, promoting the November food and music festival in Bluffton with The Bushels as headlining band.

The quartet’s short-term goals include continuing to play locally while working on songs to be recorded this winter. The question is, “how big can we make this band and not actually travel anywhere?” jokes Jones.

No matter how you count it, The Bushels serve up just the right amount to feed any musical palate.