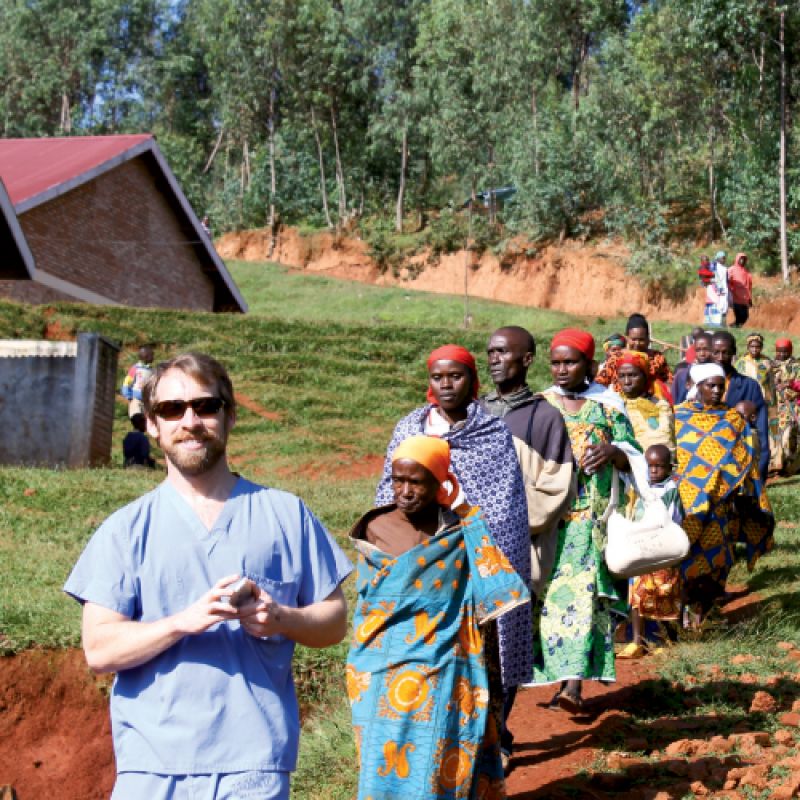 Eddy Kabarole is a healthy seven-year-old who loves school and playing “football” in his town in Uganda. But just a few years ago, he was on the brink of death, a victim of his country’s overloaded, underfunded health system.

Eddy was only three when he wandered into a fiery trash pit, suffering severe burns across his feet and hands. The local medical center provided minimal care, suggesting that his parents treat his wounds with salt and hot water. But when the boy’s condition worsened and infection set in, his father took him to the Masindi-Kitara Medical Center. Within a few weeks, Eddy was on the road to recovery.

Dramatic recoveries like Eddy’s are common occurrences at the clinic, the first project from the Lowcountry-based Palmetto Medical Initiative (PMI). Completed in 2011, the clinic has already served more than 81,000 patients with a staff of trained local medical professionals and volunteers from Charleston and beyond. The clinic became entirely self-sustaining after just 13 months, meaning that patient fees cover the full operational costs of the facilities. Today, it’s a shining example for PMI’s growing list of projects in developing countries.

A Nicaraguan clinic opened in January, and there’s one in the works in Burundi, Africa. PMI staffers, including executive director Matt Alexander, are already working toward an additional two locations, with plans to have 20 clinics providing affordable, quality care to people in need by the end of the decade.

“Anybody in the U.S. can walk into an emergency room when they need help,” Alexander says. “Someone who’s living in East Africa or Central America and gets sick can sit for days and weeks and not be seen. What we really feel called to do is go to some of the poorest people in the world and give them access to care.”

So far, more than 1,100 volunteers from the U.S. (including about 550 from MUSC) have made quarterly pilgrimages to the PMI clinics to train and educate the national staff and deliver care to those in need. The goal is that each project will ultimately be completely self-sustaining. “We’re interested in the long-term, sustainable improvement of people’s lives through health,” explains Alexander.