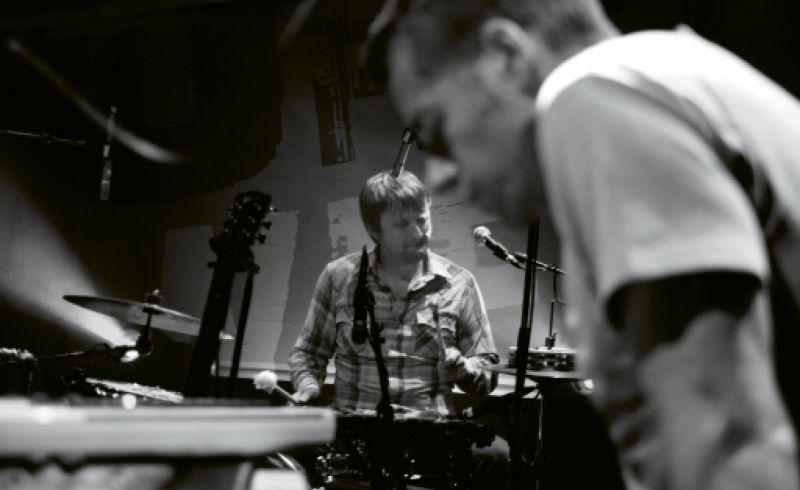 It’s fitting that a symphonic performance of music from video game The Legend of Zelda would spark the reunion of Slow Runner, the self-described “dork rock” band that singer-songwriter and keyboardist Michael Flynn and multi-instrumentalist Josh Kaler formed locally in 2004. Indeed, anyone who’s played an eight-bit video game will hear influences from those console adventures in Slow Runner’s music.

The concert “was a good excuse for Michael to come to Nashville,” says Kaler, who now resides there, recording and producing music at his studio, The Planetarium. Inevitably, the pair sat down at their instruments, and it turned into “the most productive three days we’ve had making music,” he notes. “It felt like we were doing it for fun instead of for our career.” By the end, they’d created half the material for New Monsters, due out March 25th.

In the album—Slow Runner’s first full-length release since 2011’s Damage Points—it’s almost as if they melded their ability to capture the feeling of awkward young romance with the microchips inside a Nintendo console, producing a collection of beautifully geeky love songs. The title track, which features Flynn harmonizing with singer Frances Cone, demonstrates the winning Slow Runner formula of a catchy keyboard or guitar hook married to Flynn’s gorgeous voice. Ultimately, Kaler says, the song “served as the template for the sonic palette of the record.”

In December, the band had a chance to test the new material while opening for Jump, Little Children; look out for an album release show at the Pour House on April 2. 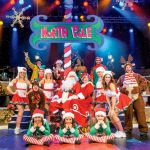