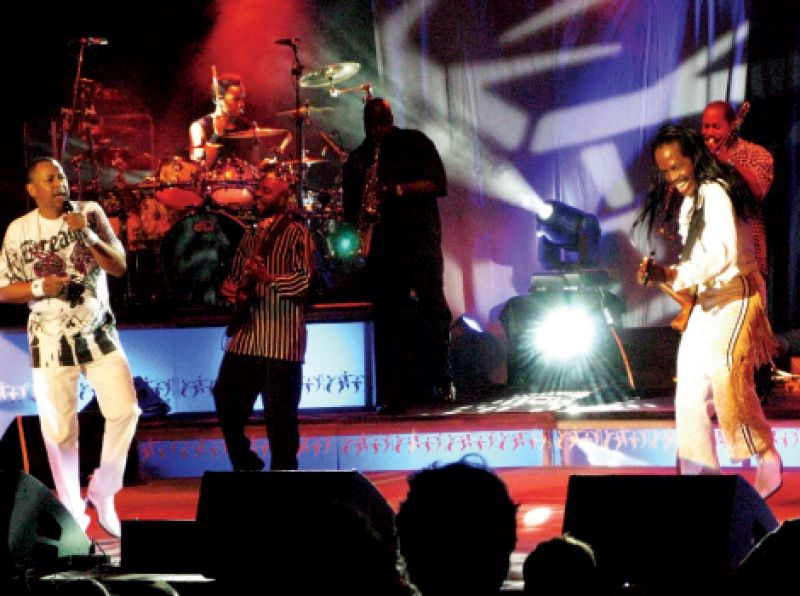 It’s really simple,” says Larry Farber, founder and CEO of Music With Friends (MWF), “I had this dream of having a dinner club for music lovers, and I wanted it to be full of my friends.”

Five years ago, Farber, a musician as well as a senior partner in EastCoast Entertainment, launched just such an organization in Charlotte, kicking off the private club with a concert featuring artist Michael McDonald. Since then, MWF has hosted 12 shows in the Queen City—including those by Jackson Browne, Sheryl Crow, and Gladys Knight—to a nearly capped membership of devotees.

Last March, MWF expanded to the Holy City, with its premiere show featuring Diana Ross. “I vacation in Charleston, and we had members in the Charlotte club who suggested I take a look at the Dock Street Theatre,” explains Farber. “An intimate and beautiful space in an incredible city, it was just perfect.” In fact, the key to success for both series was to find a venue where it felt like the show was in the member’s own home, he notes. Charlotte’s venue is McGlohon Theatre, a 600-plus-seat renovated Baptist Church.

Up-close-and-personal access to world-renowned musicians doesn’t come cheap. Members pay a one-time initiation fee of $500 for the rights to a seat, plus $1,500 annually, which includes tickets to all three shows, parking, a pre-concert cocktail party, and an after-party.

MWF’s goal is to deliver a diverse range of legendary performers. Provided with a list of touring artists, members are polled each year to make selections for future concerts and also help choose charities for the club to lend support. With some 250 members to date in Charleston—including Jenny Sanford, Buddy Darby, and Darius Rucker—and a capacity of 420, Farber and his partners hope to have a full house by the time Earth, Wind & Fire takes the stage on Wednesday, September 21.

According to Farber, rumors of the unique club have spread to managers and artists such as Bonnie Raitt. Intrigued by the unique setting and approach of MWF, she signed on to play the series on Thursday, November 3.

“Is this for everybody? No,” says Farber. “It’s for anybody who wants to hear the biggest names in the world in a beautiful venue in one of the most beautiful cities in the world.” Sounds like a man well on his way to fulfilling a personal dream.