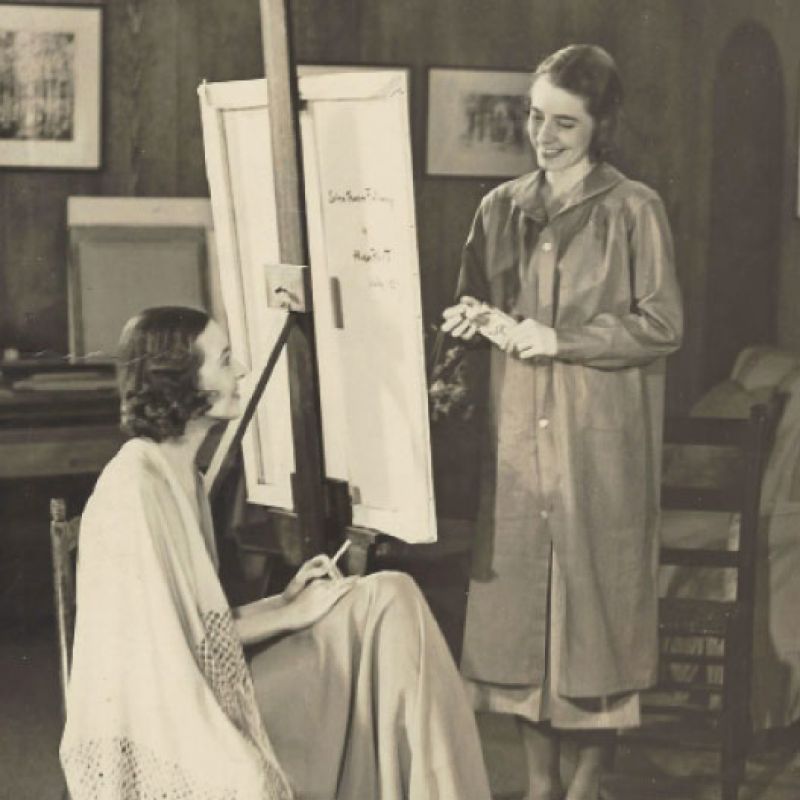 Though her role as India Wilkes in 1939’s Gone With the Wind thrust Alicia Rhett into the spotlight, the Charleston daughter ultimately earned her artistic accolades not through film, but through paint and ink. A Gibbes Art School student until the late ’50s, Rhett displayed a talent for capturing countenances early on with drawings of fellow cast members and thousands of sketches of World War II servicemen.

By the mid-20th century, she had become widely commissioned, particularly for her paintings of children. From a top-floor Tradd Street studio, Rhett turned out timeless canvases that hang to this day in private residences and public buildings across the country. And now, the celebrated portraitist’s legacy will further endure thanks to a permanent endowment known as The Alicia Rhett Art Fund.

Rhett never married or had children, and without close family to inherit her possessions, she donated her wealth to her dearest cause after her death last year at the age of 98. “Miss Rhett was an artist both by vocation and avocation and felt motivated to leave her entire estate for the visual arts,” says friend and estate lawyer T. Heyward Carter Jr., who helped establish the fund at Coastal Community Foundation.

As stated in Rhett’s will, the fund will distribute money “for the encouragement and preservation of the arts in the greater Charleston community.” Each year, four percent of the balance will be divided, half for the Gibbes Museum of Art and half for a local visual arts organization chosen by an advisory committee.

“Alicia Rhett had a long relationship with the Gibbes Museum of Art as an artist and an advocate for the arts,” says museum director Angela Mack. “Her passion for the arts endures through this fund and the ongoing acquisition and preservation of American art.”