Drawn to the Classics

Drawn to the Classics
February 2010
As the nation’s first archaeologist, Lowcountry native John Izard Middleton made history even as he was recording it 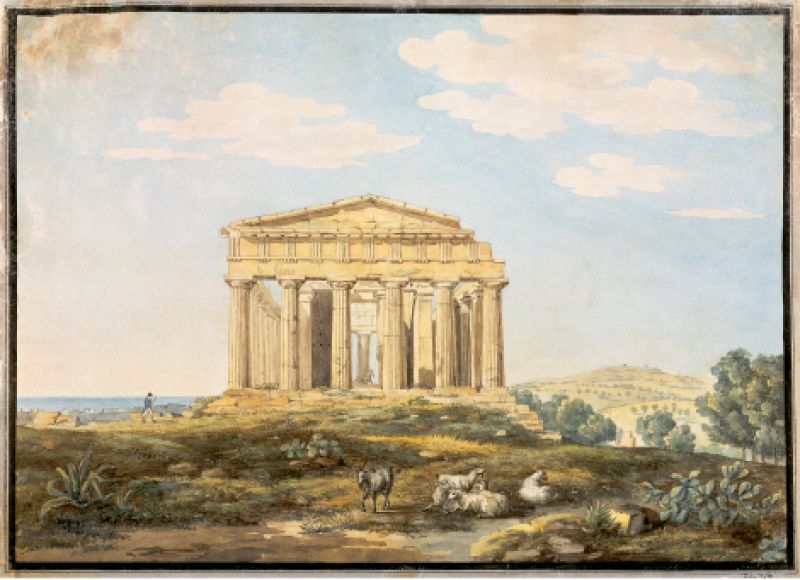 any historians find information about the past by digging through archives and libraries. Others literally dig it up. Last summer, the Mayor’s Walled City Task Force did their research with shovels, unearthing the redan of the original city wall, now about eight feet under the corner of East Bay and Tradd streets. As these professionals conducted their work, they were not only revealing Charleston’s past, but also honoring a local legacy, for the man known as the first American classical archaeologist was born right here at Middleton Place in 1785.
The son of Mary Izard and Arthur Middleton, John Izard Middleton eventually left the Holy City to attend Cambridge University. Upon graduating, this brilliant young man was swept up into the highest European social circles of the day, befriending famed author and intellect Madame de Staël and great beauty Madame Recamier. Such cosmopolitan sophisticates moved in interlocking circles and traveled often.

In 1807, Middleton arrived in Italy on the “circuit” and stayed for a couple of years. Already familiar with the histories of the classical writers of Greece and Rome, he took to the field, inspecting the ruins of past civilizations and employing pencil and pen to describe them. Realizing words alone couldn’t capture the essence of what stood before him, Middleton began to draw. He possessed a definite artistic bent but also used architectural precision, rendering structures so accurately that later photographs of the same sites line up with his illustrations exactly.

Middleton’s drawings and archaeological notes were first printed in 1812, two years after he married the daughter of a Naples banker. Though the couple did move to Charleston for a short while, Middleton spent most of his adult life in Europe, where he continued to record classical sites remaining from antiquity. He died outside Paris in 1849, having lived in France for more than 30 years. And though the Charleston Courier did note his passing, nearly a half century would go by before he would be hailed as a leader in his field.

Middleton’s intellectual inquiries into the construction and appearance of buildings, coupled with his drawings, prompted Harvard’s Charles Eliot Norton to crown him the first classical archaeologist in the premiere issue of the American Journal of Archaeology, published at the 100th anniversary of Middleton’s birth.

To read a blog about the Mayor’s Walled City Task Force, log on to www.walledcitytaskforce.org.