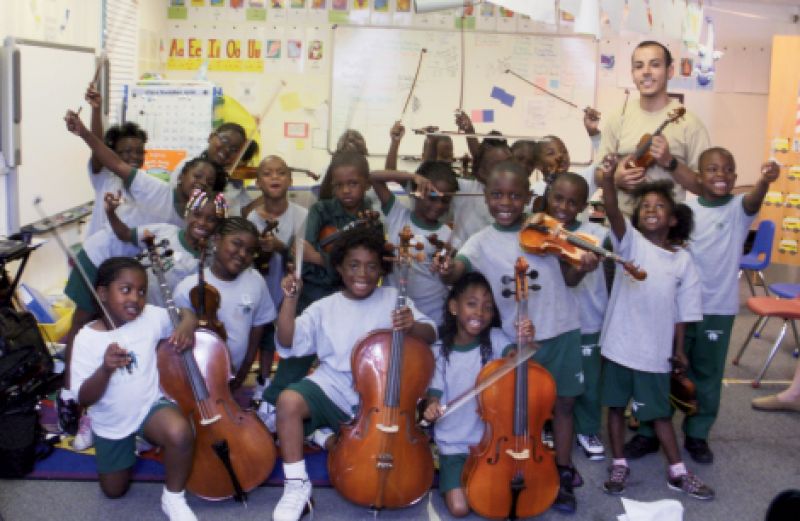 As Eunjoo Yun relaxed on her couch one night last summer, Micah McLaurin’s performance of Chopin’s Piano Concerto No. 2 drifted through the radio, filling her with joy. And when the host announced that the musician, a finalist in the Thomas and Evon Cooper International Piano Competition, had trained at the Charleston Academy of Music (CAM), proud tears sprang forth. As founder and executive director of this nonprofit organization for music education, Yun has spent the last decade orchestrating classical music lessons, programs, and opportunities for students across the Lowcountry.

Upon arriving to study music at College of Charleston in the early ’90s, Yun, who has been playing piano since age six, was surprised to observe an overwhelmingly older patronage at the classical concerts she attended. So she began to compose ideas for broadening the audience. “I wanted to create something accessible for students from all backgrounds,” Yun says. Since its 2003 debut, CAM has flourished, and the organization now conducts a number of unique campaigns aimed at educating and inspiring the public.

In partnership with Meeting Street Academy, CAM’s Kidzymphony provides a free after-school orchestra program to kids who couldn’t otherwise afford lessons. From its Rutledge Avenue studio, the academy also delivers affordable, high-quality lessons in violin, cello, guitar, flute, voice, and more to students ranging in age from four to 71. The program includes theory classes, chamber music experiences, and concert opportunities. A testament to the nonprofit’s success, every CAM student who auditioned for the Charleston County School of the Arts last year earned a spot on the magnet’s roster.

The handful of talents who wish to pursue music in a more competitive manner may audition for CAM’s exclusive honors program, in which scholars receive instruction from virtuosi such as Charleston Symphony Orchestra concertmaster Yuriy Bekker. Private sponsors and foundations make contributions toward scholarships that help cover costs. “These students are extremely gifted; we want to be able to nurture that,” explains Yun. And like Micah McLaurin, these masters-in-the-making have earned a cacophony of applause from prestigious competitions and esteemed institutions such as the Peabody and Curtis.

Tune in: To donate or find details on lessons for children and adults, call (843) 805-7794 or visit www.charlestonmusic.org.