Charleston or Bust!
April 2011
Bandied about for decades, a statue of controversial politico John C. Calhoun returned home 80 years ago 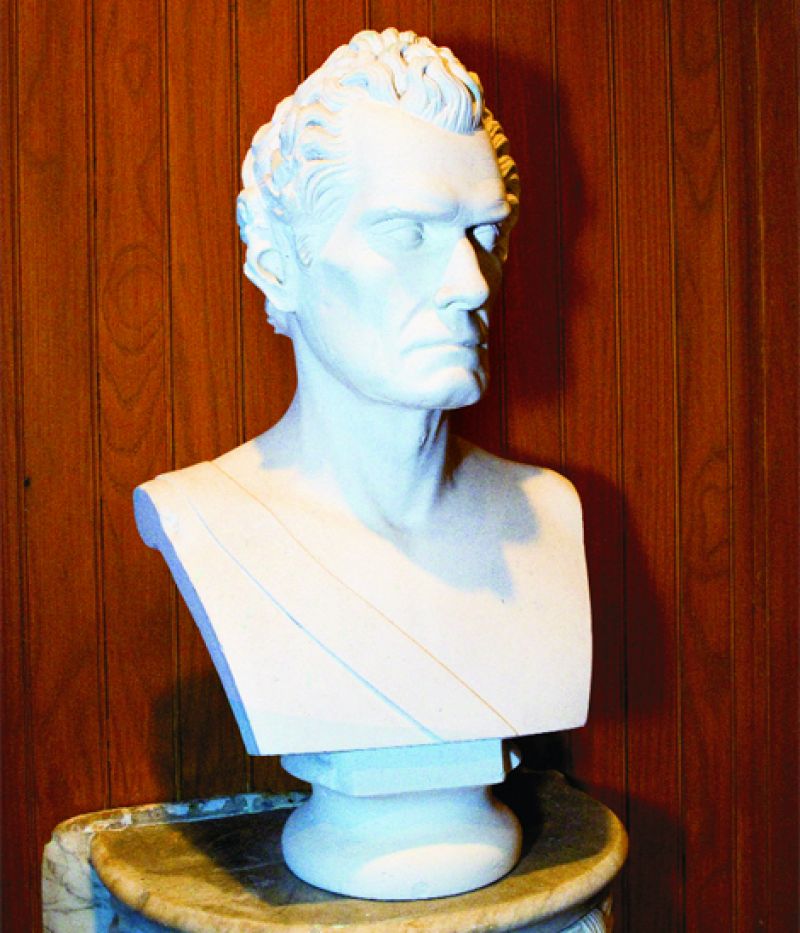 Eighty years ago this month, a missing piece of Charleston’s past came back to us. The reinstallation of a small bust of John C. Calhoun in Charleston’s City Hall was not just a return, but a reversal, a step towards a reconciliation of our history.


Calhoun’s political philosophy—he called slavery “a positive good”—had contributed to South Carolina’s secession and the Civil War. Upon his death in 1850, local women raised funds for a memorial in Marion Square that they later replaced with a pillared statue. Looking up at Calhoun’s likeness and its inscrutable expression today makes one wonder what the man behind the memorials would think of the following:
While Calhoun was alive, a bust of him by sculptor Clark Mills was given to City Council, but by the 20th century, it had long disappeared. No one knew its fate until 1931, when Dr. Thomas Miller contacted the council. The 82-year-old Miller (who lived as an African American in an era when he could have easily passed for white) had served as a state legislator and founding president of South Carolina State College in Orangeburg.


Miller had come upon the missing bust in a most surprising spot: the Washington, D.C., office of Charleston-born Archibald Grimké, son of the enslaved Nancy Weston and white Henry Grimké and half-brother of the famous abolitionist sisters, Sarah and Angelina. After the Civil War, Grimké attended a school started by Gilbert Pillsbury, who had come South to educate freedmen and served as a Reconstruction mayor of Charleston. It was at that time, it seems, that someone demoted Calhoun from his City Hall shrine to the dustbin of history. But Pillsbury rescued the bust, first keeping it in his Coming Street home, then taking it to Washington with him.


Pillsbury and Grimké, who became an attorney and a leader of the NAACP in Washington, eventually became law partners, and upon Pillsbury’s death, the bust passed to Grimké, in whose office Miller spotted it.
The April 28, 1931 minutes of the Charleston City Council tell the rest: “Desirous of restoring the relic to the people of Charleston, Grimké had requested him to return it to his native city, and Dr. Miller stated that in response to his promise and his responsibility, he was now discharging that trust. There were no strings…or any considerations involved, other than his desire to bring to his people one of their treasures…which had been taken from them.”


Though he had grown old and blind, Miller remained clear-sighted enough to see on which side justice lay. Triumphing over Calhoun’s views, Miller spoke of “his” people of Charleston—not black, not white, but one. Now displayed in a corner of City Hall, the bust is not only a testament to Calhoun, but to former slaves and the dignity of those who rose above past sins to reveal their own greatness while respecting the tribute of another.