Charleston Cottages
February 2014
WRITER:
Suzannah Smith Miles
Heard the term “freedman’s cottage” used to refer to a one-room-wide, single-story home on the peninsula? Well, it’s actually somewhat of a misnomer developed in recent decades to describe a form of vernacular architecture occupied by people of many ethnicities. Built from the 1860s to early 1900s, these unique structures are more accurately called “Charleston cottages,” and though many have been altered or eradicated for newer construction, they’re finally gaining respect for their distinct importance to our social and architectural history. 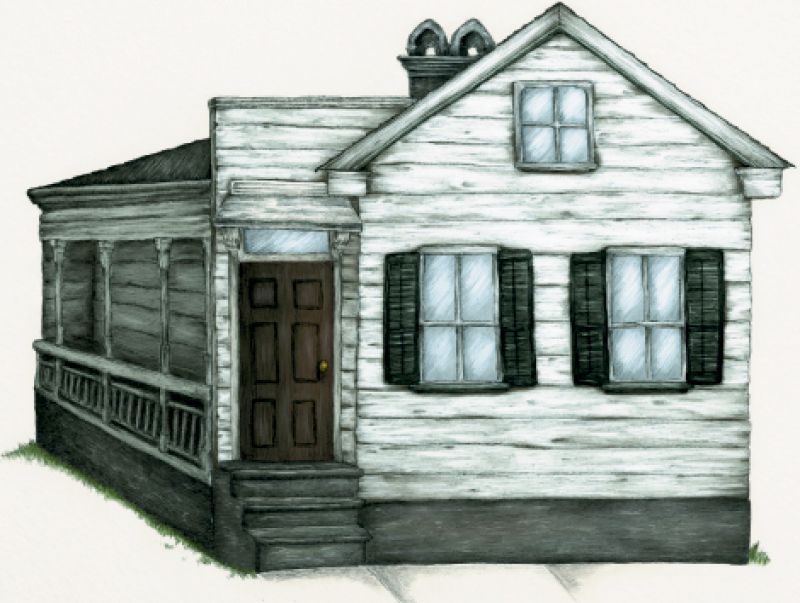 At one time, there were likely more than 1,000 of these houses on the upper peninsula. Between 1898 and 1919, developer Isham Lanier alone built dozens on the East Side, yet today, only 19 of them exist.

The Charleston cottage is a prime example of “vernacular architecture,” a term for architecture that reflects local needs, traditions, and construction materials.

A unique feature is the placement of a chimney between the rooms. It provided a flue for back-to-back fireplaces, with one opening in a front room and the other in a back room.

Like the Charleston single, the cottage is only one room wide, has a side piazza, and is topped with a gable roof. But unlike the single, it does not have upper stories, thus there is no central hallway; each room opens directly into the other and has a door that opens onto the side piazza.

Not Just For Freedmen

People of all ethnic backgrounds originally inhabited these dwellings. Following the Civil War, many Irish and German immigrants, along with newly freed African Americans, came to the city to work in mills and the phosphate industry. The cottages were erected in clusters or rows, with most rented out, creating entirely new working-class neighborhoods north of Calhoun Street.

Most Charleston cottages are located in areas outside the Board of Architectural Review’s purview, and the Preservation Society of Charleston notes that hundreds have been lost. The society, as well as Historic Charleston Foundation, has launched efforts to preserve these houses in recent years.

Built to accommodate a growing working class, these were perhaps the first “tract homes,” the late-19th century take on affordable housing. They were typically less than 1,200 square feet, with most merely 300 to 500 square feet divided into two or three rooms.