Charleston Bonnet
April 2014
WRITER:
Suzannah Smith Miles
For centuries, local youngsters have worn this charming accessory, noted for its stiff piqué brim and puffy organdy crown. Made by hand and ornamented with ribbons, lace, and embroidery, the bonnet remains as traditional a baby gift as the silver spoon—here in the Holy City, at least. But how did it come to be? 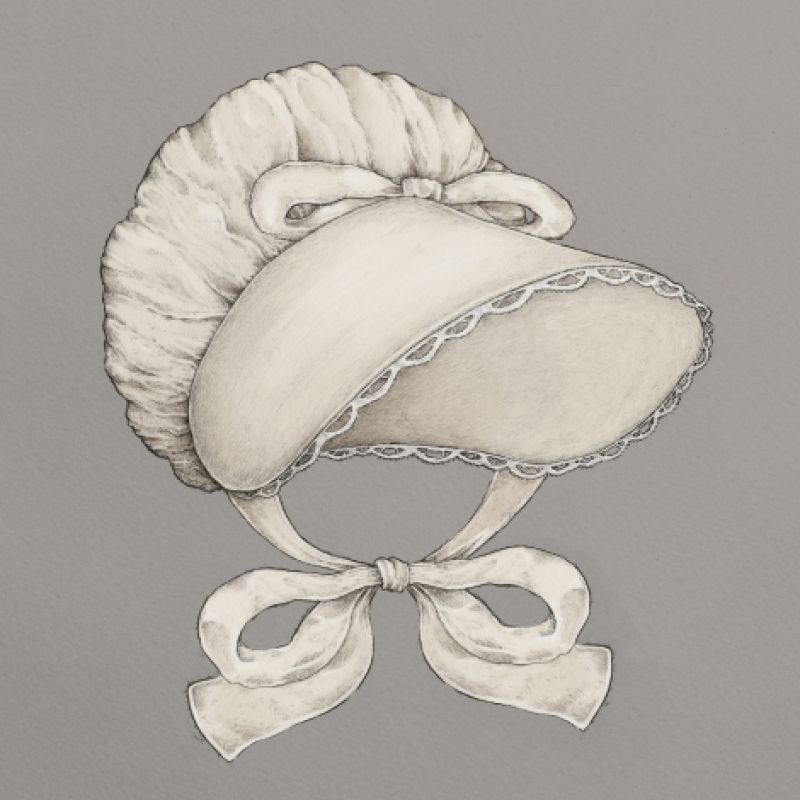 Pass the hat
The Charleston bonnet is likely a derivative of the 19th-century poke bonnet, a ladies’ hat that came into fashion during the Regency period of the early 1800s.

Top Tradition
Throughout the 20th century, they were sold at Eighty-Two Church, a children’s shop owned by the late Mary Georgiana Barnwell Grimball. “If you went through any attic in Charleston, you would probably find a Charleston bonnet packed away,” said Miss Grimball in a May 1971 Post and Courier article. “It’s an old, old pattern—something that grandmothers and mothers have made for years.”

Early Popularity
The bonnets gained renewed popularity in the early 1900s when they were sold at the Women’s Exchange, a tea room and gift store at 208 King Street carrying handcrafted items made by Charleston ladies.

In the Details
Each seamstress adds her own flourish to these entirely handmade accessories, such as lace around the brim, the child’s monogram, or small embroidered animals such as butterflies.

Fit to be Tied
One of the best features of the Charleston bonnet—worn by little ones from the time they can sit up until they are about three—is that the hat grows with the child. A drawstring at the back adjusts the fit. Most bonnets are white and many have pink or blue lining (originally, little boys wore them too, as did women).