Camellia
February 2015
WRITER:
Suzannah Smith Miles
In February, this cold-hardy evergreen shrub or tree fills gardens of the Lowcountry with a welcome blaze of color, flowering in an explosion of pinks, reds, and whites. While some 250 species of camellia exist, two of those that locals know best are C. japonica, which you see blooming now, and C. sasanqua, whose hybrids and cultivars generally put on their shows in autumn. There’s also the lesser-seen but often-sipped Camellia sinensis, whose leaves are made into tasty beverages at our own Charleston Tea Plantation. Read on for more about this Southern favorite—which originated in Asia—and its deep roots in the Lowcountry 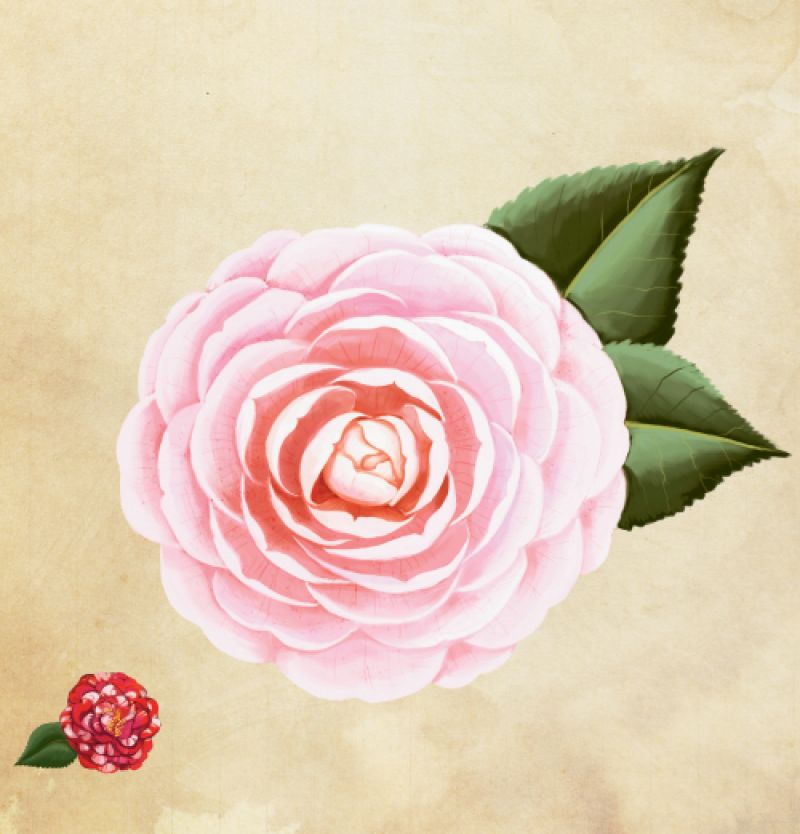 Ageless Beauty
These shrubs have been grown in East Asia for 3,000 years, and some of the plants in the gardens of Japan's Imperial Palace are known to be more than 500 years old.

Garden Royalty
The camellia was introduced to the Lowcountry by André Michaux—the royal botanist for King Louis XVI of France who established an experimental botanical garden near today’s Charleston International Airport. In 1786, Michaux is said to have presented the Middleton family with camellia plants for the gardens at their Ashley River plantation, and now, Middleton Place has 4,000 of the shrubs, including one of Michaux’s originals, the ‘Reine des Fleurs‘ (“Queen of Flowers”).

Dig In!
Make reservations to visit Middleton Place on February 7 and 8 for a Saturday camellia workshop with VP of horticulture Sidney Frazier and a Sunday lecture and reception with master gardener Jan MacDougal. Both events include guided camellia walks, which are also offered at the historical site from February 10-March 21.

Top forms
There are six primary ”forms” of camellia flowers. They include single (with one row of five to eight petals) and semi-double (with two or more rows of petals), each which have conspicuous stamens at their centers. Formal double camellias (such as ‘Pink Perfection,‘ above) do not have visible stamens. And then there’s the rose-form double, anemone, and peony forms, with differences too intricate to detail here.

Local Winner
Magnolia Plantation & Gardens boasts the largest heirloom camellia collection in the country, with more than 1,000 cultivars represented in 20,000-plus plants- some dating to the 1840s. One of only seven gardens in America to have received the International Camellia Garden of Excellence award from the International Camellia Society, Magnolia holds a free-with-admission camellia walk every day from November to March.