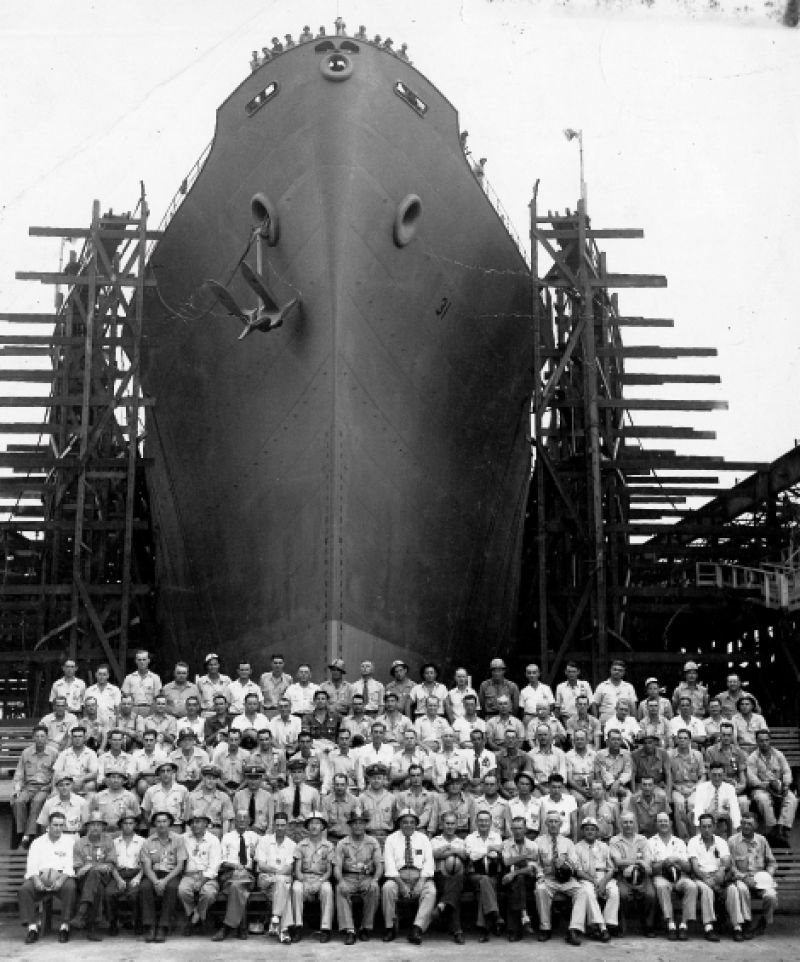 Throughout its 95-year history, from 1901 to 1996, the Charleston Naval Base built 256 vessels, employed 25,948 people at its peak, and served as a hub of naval innovation for the country. Never was the base more busy than leading up to World War II, an era pictured here. In 1939, 1,800 previously out-of-work civilians were enlisted to help with the yard’s $3.5-million expansion and improvement program. Following the bombing at Pearl Harbor, three shifts of employees a day raced to crank out huge destroyers such as the USS Tillman (DD-135), USS Tidewater (AD-31), and USS Bryce Canyon (AD-36)—ships that would ultimately help end the war and bring peace to the cataclysmic global battle.

When the yard closed in 1996, the city was devastated to lose the third largest employer in the state, and predictions for Charleston’s future were grim. And yet, 18 years later, the shipyard is now home to dozens of progressive businesses: The Urban Electric Company, International Diving Institute, Clemson University Restoration Institute, tech firms, engineering groups, a brewery, and even a biscuit company. While it no longer maintains surface ships or boasts the Navy’s Fleet Ballistic Missile Submarine Program, it lives on as a site for American innovation, nearly a century after its creation.