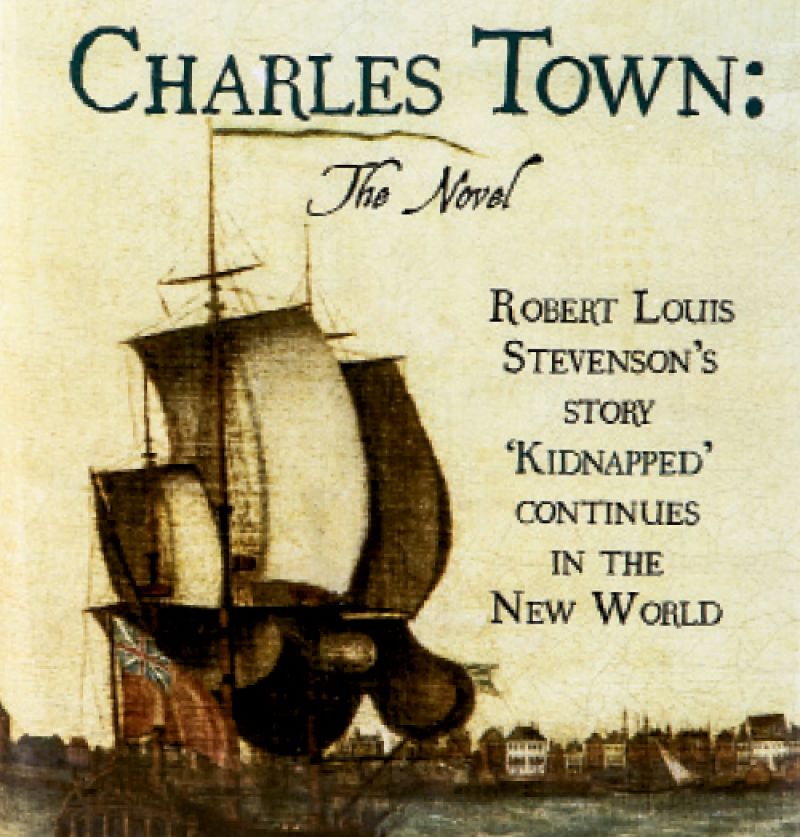 Lowcountry writer and historian William Baldwin has never shied from a literary challenge—he’s won awards for works as diverse as a novel, The Hard to Catch Mercy; a screen adaptation of an oral history, Heaven is a Beautiful Place; and two photography tomes featuring his poetry.

But in his latest release from Evening Post Books, Charles Town: The Novel, he challenges none other than Robert Louis Stevenson and his historical adventure novel Kidnapped, insisting that its young hero, David Balfour, and his associate, Alan Breck, were not shipwrecked on their enforced voyage to Carolina, but landed here instead. This is the start of a keenly observed, finely wrought, and engaging piece of fiction.
|
Not content with his trespass into literary history, Baldwin goes for our local history as well, kidnapping true-life Charlestonians into his story. The novel is like the young city itself in the 1750s: a robust, self-confident conglomeration of sophistication, bawdiness, and bravado, teeming with characters known for their kinkiness as well as their kindness, where the devil is feared as much as God is trusted. Baldwin does not avert his eyes from gore, violence, lust, or love, although he does wink at us occasionally when describing them.

This rattling good tale encompasses a large cast of characters in a lost time, all of which Baldwin renders believably. He should have trusted himself more, however; not needed are the recurring plot summaries to remind us what is happening.

The book is a tour de force, and whether you surrender to it or just watch Baldwin honor literary traditions even as he skewers them, you’ll find yourself kidnapped by a writer enjoying himself at the peak of his humorous and humane literary powers.