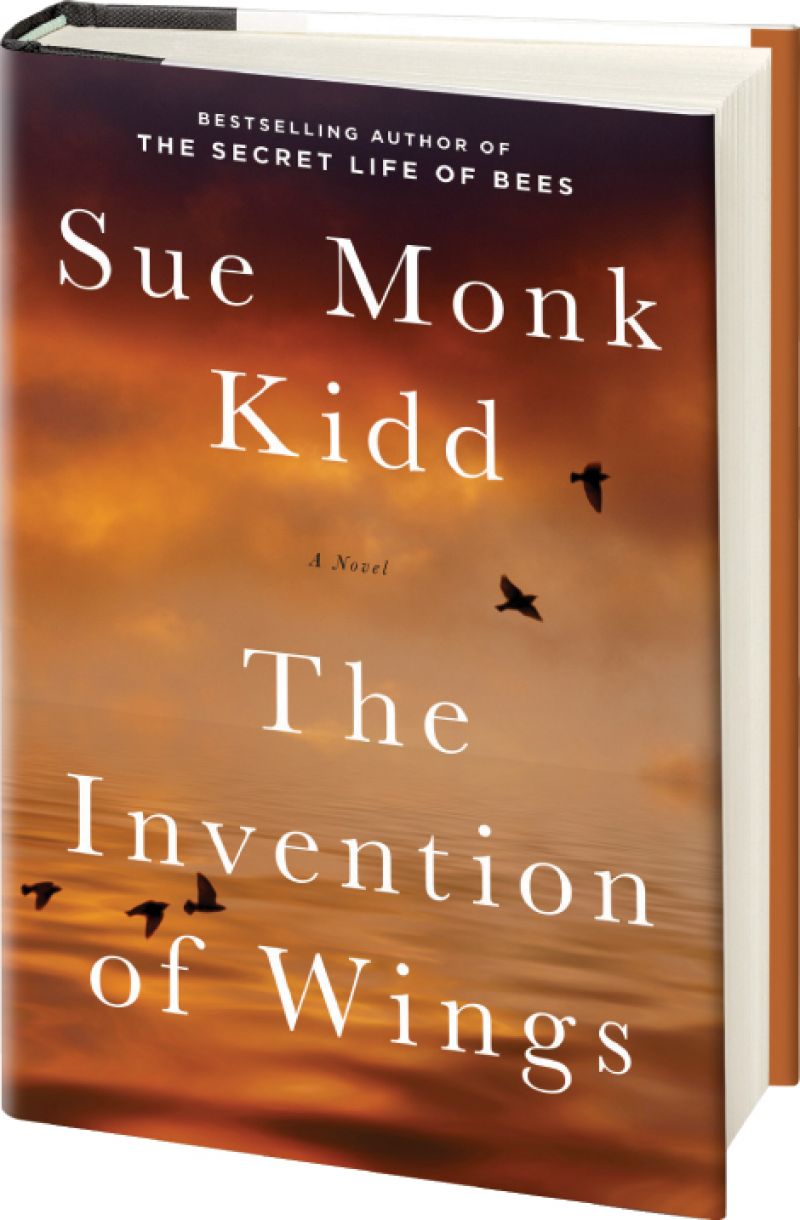 The first time I saw the circa-1880s portraits of Charleston’s Grimké sisters (Sarah and Angelina), I winced a little. Unsmiling in grim Quaker attire, their likenesses appeared harsh to say the least. But to shrug off their stories is a disservice to anyone who has ached over the country’s slave-holding past or wondered how women climbed from limited 19th-century roles to the myriad ones they embrace today.

While all that may sound heavy-handed, The Invention of Wings, the fictionalized story of the Grimkés as told by The Secret Life of Bees author (and former Charleston resident) Sue Monk Kidd, is rendered anything but. In the novel, Kidd uses guideposts from Sarah’s reality to weave a pair of can’t-put-down first-person journeys. One relays Sarah’s actual life path: attempting to run away as a five-year-old after seeing a slave beaten; being gifted her own child slave at age 11 and punished intensely for teaching that girl to read; and ultimately moving North where she was joined by her younger sister, Angelina. The second perspective, that of Sarah’s child slave, Hetty, aka “Handful,” is Kidd’s fabrication.

If you walk the city’s streets and ponder her yesteryears, if you have heard tales of workhouse horrors and insanely devious punishments, and if you’ve wondered how we ever got from there to here, you have to read this book. As authentic a portrayal of humanity and inhumanity as the civil rights battles represented in The Secret Life of Bees, this novel incites any reader to keep the Grimké legacies alive.