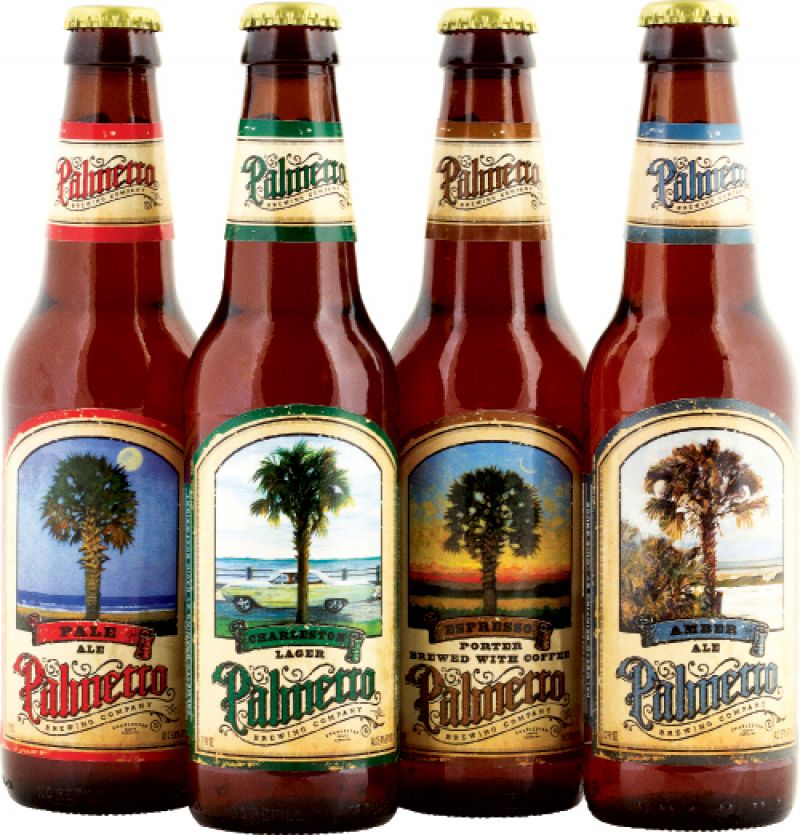 That’s not all that’s transformed around here. Updated machinery means production has almost doubled, allowing the brewery to jump from distributing 40,000 to 78,000 cases per year. And last month, the company debuted new bottle labels—a first in its 20-year history. The spiffed-up packaging is the handiwork of designer Gil Shuler, who incorporated palmetto tree renderings by local artists such as Mickey Williams and Louis Bruce (one of the brewery’s co-founders), as well as historic maps and ephemera from the original pre-Prohibition Palmetto Brewery, which operated in the Lowcountry in the 1850s.

Many of these improvements can be attributed to the enterprise’s newest partner, Edwin Pearlstine, who joined the brewery in 2012, bringing an influx of energy—and capital—to the operation. A local beer-industry veteran, he spent more than 50 years manning his family’s company, Pearlstine Distributors. Through this business, which was sold in 2012, he bonded with Palmetto’s employees, including co-founder and co-owner Ed Falkenstein, who launched the biz back in 1993. “I knew how good they were and that they were enjoying it,” Pearlstine says. “I jumped in because when you like what you do, it’s not a job—it’s fun.”

For John Planty, the brewery’s general manager, bringing Pearlstine on meant reinvestment in both the company and the community. “For a long time, we’ve been sustainable, but profits weren’t used to grow the business,” he explains. “Over the last two years with Edwin, we’ve reinvested in ourselves.” The resulting gains have given Palmetto new ability to ramp up philanthropy efforts, like its limited-edition 843 series. Every month, a new beer is revealed; each of the rotating ales features a unique flavor, and a local charity receives $1 per pint poured. December’s Ginger Slap, a red ale with notes of ginger and cardamom, benefits Rural Mission, a John’s Island-based organization that focuses on the well-being of South Carolinians on the Sea Islands.

Chris Winn, the brewery’s sales, marketing, and media guru, is excited about the series. “It helps charities in a way that’s more impactful than just showing up to their next event with a couple of kegs,” he says. “Now we can do more focused good.” Here’s to an even more profitable—and charitable—20 years ahead.