In the 1700s, locals flocked to alfresco concerts in The Orange Garden 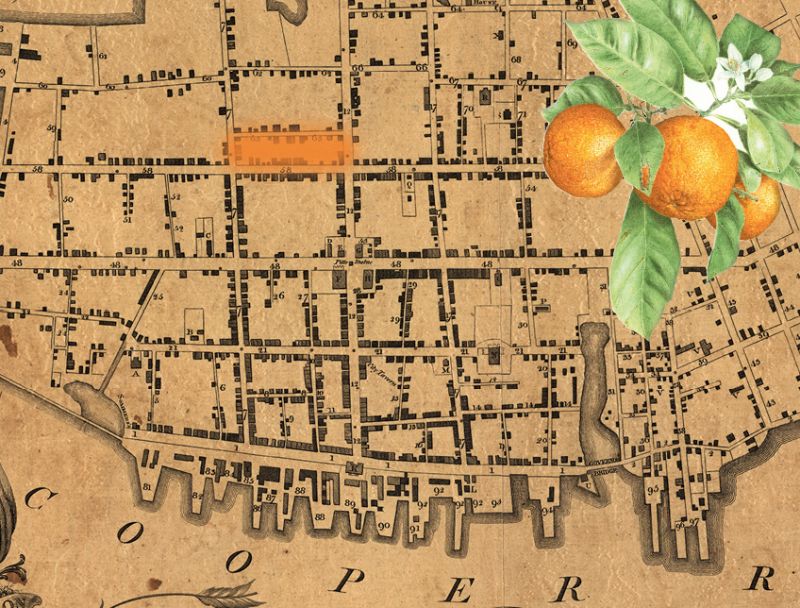 Listening to music outdoors was very much in vogue in 18th-century Europe, and so it did not take long for Charles Town, America’s “Little London,” to create an open-air venue of its own: The Orange Garden, built in a former grove just west of King Street, between Broad and Tradd (above, the area is highlighted on the 1788 map used by the Phoenix Fire Company of London). Laid out with wide walkways and bordered by flower beds and hedges of Seville orange trees, the attraction featured refreshment booths and, at one end, a stage.

“The Orange Garden, Tradd Street, will be opened for the Night only, when a Concert of Vocal and Instrumental Musick will be performed by Gentlemen of the place, for the entertainment of all lovers of harmony,” touted a September 1754 ad in the South-Carolina Gazette. The $2 subscription price was good for one gentleman and two ladies.

As the city spread to the southwest in the 1760s, The Orange Garden was sold and divided. Orange Street was created on the western edge, and homes eventually took over the garden site, leaving only memories of the fashionable alfresco entertainment.