Back to Their Roots
September 2016
WRITER:
Devin Grant
The story behind Stop Light Observations’ latest album

In the years following their successful 2013 debut, Radiation, ”So many industry distractions came along that told us how big we could be and how much money we can make, and...we became a little jaded,” they later explained in a blog post. There was a real possibility that the band, which Culbreth and Duffie started as middle-schoolers, might have called it quits.

Instead, they rallied, deciding to independently record a new full-length album—they already had 20-plus songs written, after all. “We moved out to Johnny’s family’s property, Toogoodoo Bluff, near Edisto, where we’ve been going since we were kids. Our sound engineer transformed the 200-year-old house into a studio, and we lived there for two weeks,” says Duffie.

The entirety of Toogoodoo was tracked live, meaning that the band played each song together until they got the final version. They placed microphones outside the house to capture the ambient sounds of nature—bugs, birds, and frogs—to add into several tracks.

The back-to-basics approach worked, and the album reveals a real maturity to SLO’s songwriting and sound. The opener, ”Dinosaur Bones,” begins with Blackburn singing serenely over a simple guitar riff, until the chorus sends both the music and the vocals soaring; it’s enough to induce goosebumps. Another track, “Security,” is about the grind of trying to find success. Behind the lyrics, the music seems to mark the passing of time, whether it be toward a work deadline or the end of life, creating a deep meditation on what’s really important.

Yet SLO’s advanced maturity doesn’t come at the expense of sheer entertainment. This is a band that thrives on the energy of playing live, and Toogoodoo (available at stoplightobservations.com, along with a show schedule) demonstrates that to the fullest. 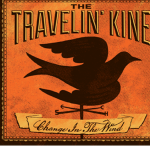 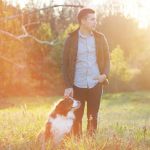 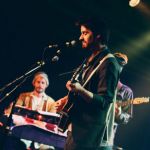