A Tale of Two Cities


What does the Holy City have in common with the town of Haldensleben in Saxony-Anhalt, Germany? A lot, actually. Each has stunning historical architecture, but also a difficult past (slavery and civil war here; dealing with the fallout from Nazism and Communism, then the reunification process, there). But it took a couple who’s lived in both places to foster those ties to a mutual benefit.

Caroline and Felix von Nathusius moved from Berlin to Charleston in 2010, when Felix’s role as CEO of IFA Rotorion took him from the company’s headquarters to its facility in Ladson. Here, they started Projekt CHARME (Charleston Haldensleben Hundisburg: American Restoration Art Meets Europe) to strengthen connections between the places and create a platform for Lowcountry craftspeople to learn from their German counterparts.

Each year, the project brings American College of the Building Arts students to Saxony-Anhalt for summer apprenticeships. They aid in the restoration of Schloss Hundisburg, a 17th-century palace that functions as a museum, and have constructed a monument on the site of an old “ruin folly” (an intentionally dilapidated wall meant to mimic medieval ruins) in the surrounding parkland.

After the Emanuel AME Church shootings, the von Nathusiuses (now living in Haldensleben) decided to name the monument “Charleston Place” in “a gesture of solidarity,” says Caroline. In May, Charleston-based musicians Leah Suárez and Alex Collier traveled to Germany to perform at the naming ceremony.

The highlight of the concert was “Sacred Ground,” a composition Suárez cowrote with Collier after she visited Haldensleben-Hundisburg in the wake of the tragedy. The piece incorporates chords from the second movement of Brahms’s German Requiem and, like that work, reflects on ephemeral human life and its place in the natural world.

These themes resonate with residents of Saxony-Anhalt, too. “Aside from giving South Carolina students opportunities in Europe, our mission is to open Haldensleben up to the world,” Caroline says. “After more than 40 years of Communist rule in East Germany, small towns like this became quite inward-focused; we want people here to feel part of a wider international community.” In her view, connecting the cities promotes healing all around. 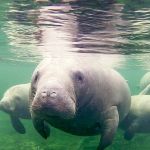 The tourists of our warm-weather waters are back; do you know what to do—and not do—if you spy a manatee? 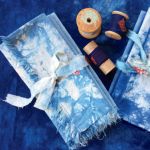 Enough Pie’s VAT SHACK launches June 4, inviting the community to get hands-on with the historic art of indigo-dyeing 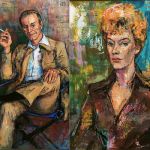